On Wednesday we were just moving down the remaining 5 locks when a share boat came up passed us leaving all double top gates open. Very nice for us, but wouldn't have been at all amusing had it been a single hander coming up!


Given the dogs in this pic it was, clearly, one that I took at the weekend when Sue and I noticed that the bins had been moved from the service point here, up to the 2nd lock up (19). The problem with that is that they are still on the same bank which can only be reached by boat from within the lock. Needless to say we had loads of rubbish to dispose of and as soon as we entered lock 19 a boater appeared who was waiting to come up - only the 2nd moving boat we saw all day - but they were happy to wait whilst we off-loaded. They also commented on the fact that it was amazing how happy our cat was trotting down the gunwales as the boat went down in the lock. Whaaaat!!!!!? Who let the cat out?

C & RT advised that the bin movement was a temporary measure due to earlier flooding by the River Tove which had 'stranded' them, at their normal site. Excellent; but they do need moving back again. 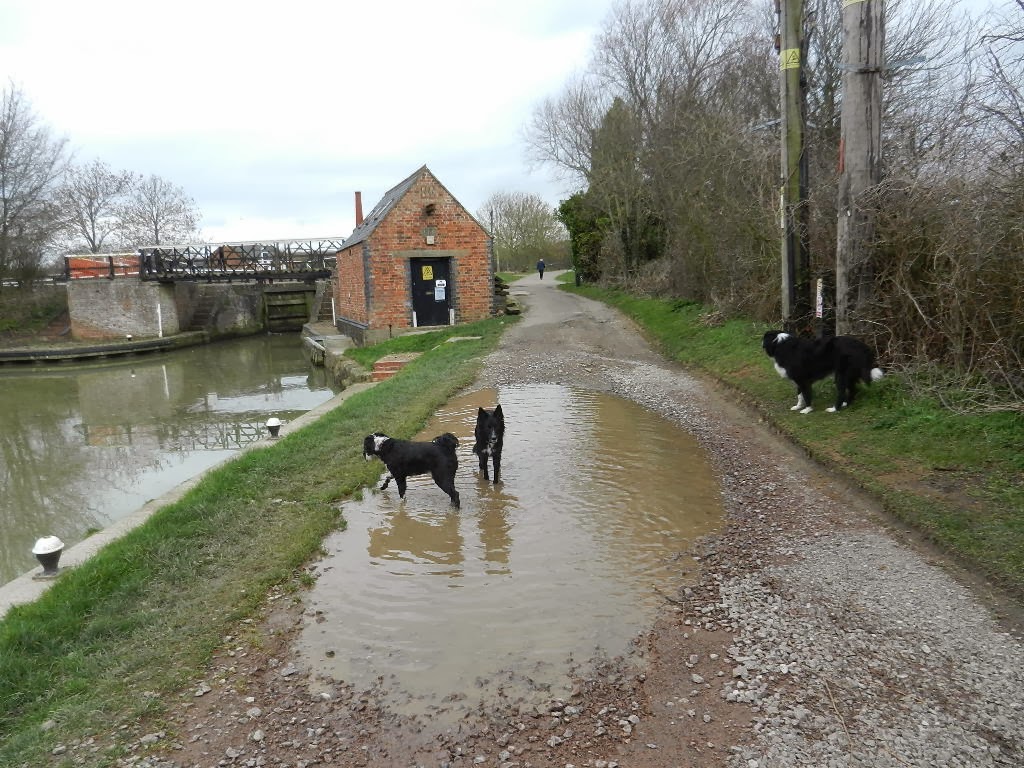 So, by the time we walked the dogs back up to the pub for a pint, that was Wednesday pretty much gone although G started making a template for a doggy boatswain's chair whilst I cracked on with dinner. There may well be some high sided moorings in Europe (especially Holland we're told) and we need something to oik them out with. Particularly as Baxter's back legs are, sadly, starting to show those dreaded tell-tale signs of old age 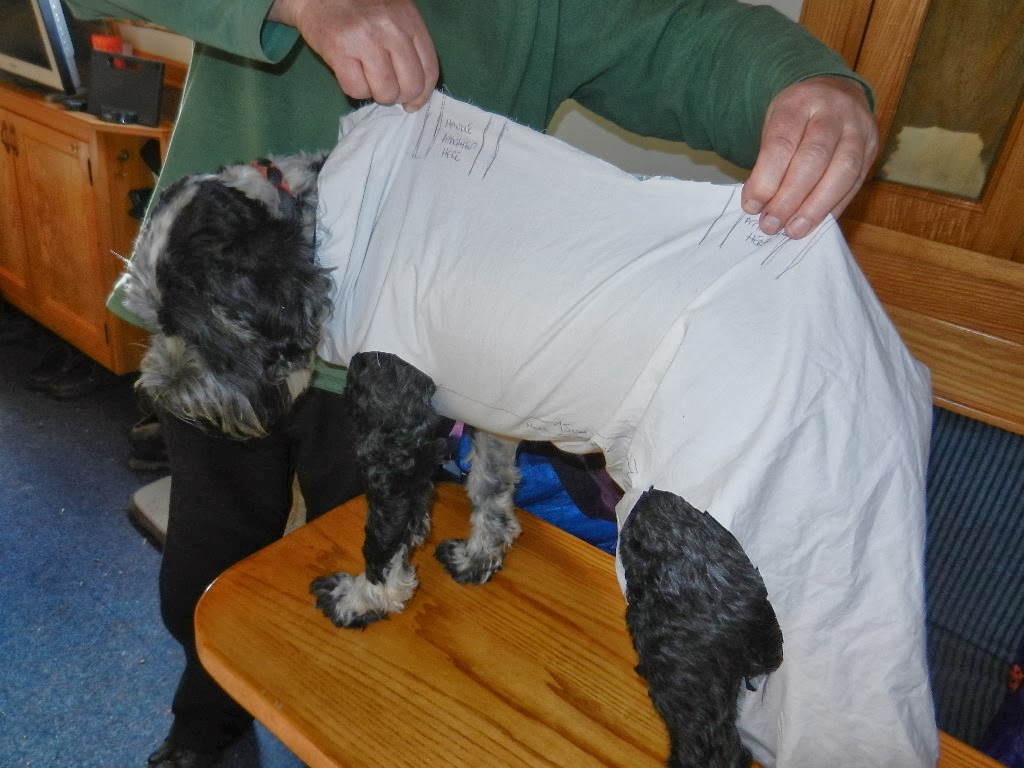 I've just realised that Muttley appears to have filled a large nappy (above). He would like you to know that he hasn't and wishes to file a complaint of deformation of character and abject humiliation with the RSPCA 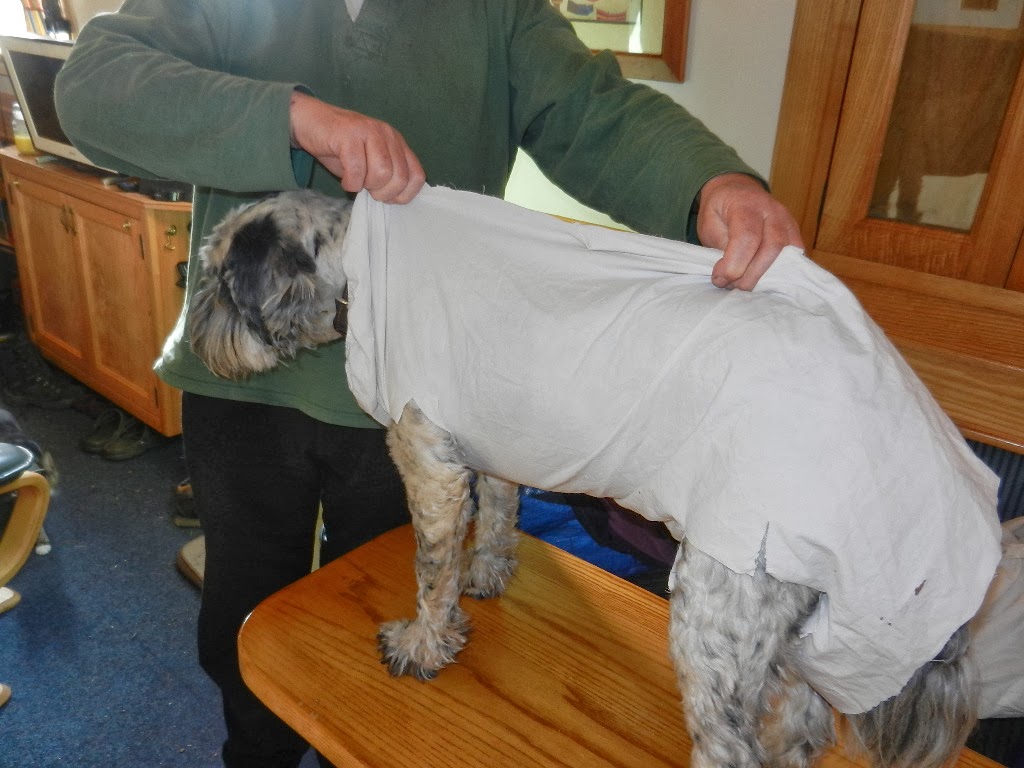 Baxter was so patient bless him. The rough template and engineering drawings have been posted off to Sue's daughter Wendie today to be professionally made up in a soft canvas. G has designed it so that one size will fit most dogs. I'll show you the finished article in due course.
Should one of them file a patent; let's wait and see?
Posted by Unknown at 23:29