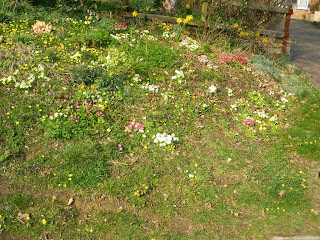 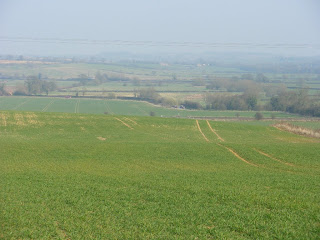 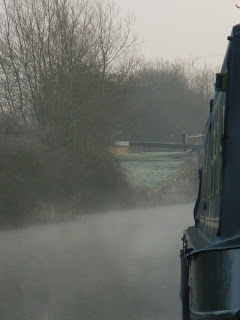 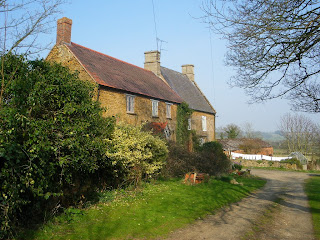 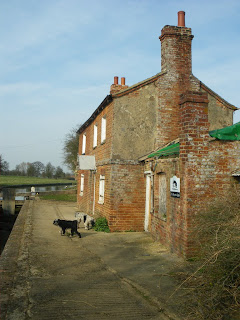 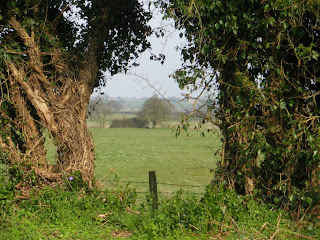 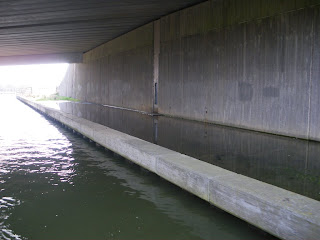 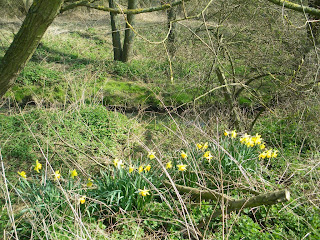 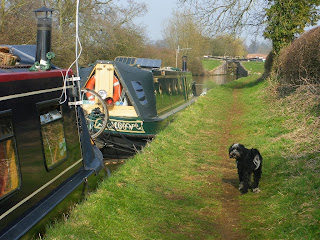 We've lurked on this bit of the South Oxford for 2weeks ish now and one of the things I've omitted to mention is that the blackthorn hedges have all been strimmed back. Probably very admirable that it's been done before birds establish their nests, however, no blowers have been used to clear the trimmings back off the towing path (as we have seen on other canals) and these thorns are long enough & strong enough to penetrate the soles of our walking boots. Graham set off from Banbury, on his bike, to recover the car from Cropredy. He only made about a mile before he suffered 2 punctures in the front tyre & 2 in the rear so had to push the bike the rest of the way. He then drove the bike to Halfords & had both inner tubes replaced with slime tubes. On the next recovery mission he picked up three more punctures, one tyre self sealed and one didn't. So Friday he walked back to Banbury to fetch the car. What cost involved here? - £38 (so far). Then there were the people walking their 3 spaniels; it would normally have been 4, but one had narrowly missed a fatal injury when a thorn just missed his heart & "only" required 8 stitches to stem the bleeding. What cost involved here-mental & financial-? There has to be others out there who have suffered damage or injury as these thorns are lethal. Most of us decry a litigious & health & safety mad society, but the state of this towpath is now ridiculous.
Then there is now the hopeless situation with the moorings in Cropredy; the southerly 14 day moorings are very few and, mostly, encroached upon by permit holders/winter moorers/who knows - whatever, it'a miracle if you can get in. We moved an empty boat to get in today because we need to be here for a few days & the only other 14 day places are very North & unusable due to a narrow, eroded & unstable bank. The nicest moorings in the centre have been changed from 48hr to 24hr solely, I suspect, to negate the chances of anyone running an engine opposite the bungalows (look at the pretty water but keep the boats away brigade). I could go further, but I'm totally confident that Mo & V on NB Balmaha will bring up this subject far more competently than I on their blog this week. I love Cropredy, it's such a pretty place, so why when we come here do I always turn into, 'disgusted of Cropredy'?
Enough of these rants because we have actually been having a really good time joining Balmaha for drinks & catching up on events since we met at Kilby Bridge in January. This was especially nice for me, because when we & NB Caxton met up with them in the winter, I'd had to shoot off to my mum's before really getting to know them - worth the wait guys; great evening & great company - I hope we didn't outstay our welcome as we hadn't realised how late it was!!! So, this morning we waved a reluctant goodbye, completed the journey back into Cropredy & segued into the arms of Del & Al on NB Derwent 6 - we're becoming such tarts. Only saw Del & Al briefly today as they had visitors leaving & we had a friend arriving, Adrian, who was in Round Table with Graham at Bicester many moons ago. Sadly, we didn't get to catch up with Adrian's wife Margaret as she had a stinking cold. I'm sure we'll see more of all four before we move on.
I supose, before I close this blog, I should address the issues that I closed the last blog on. We pointed the right way by doing some spectacular reversing (take a bow Graham), but burnt out the bow thruster and blew a 250 amp slow blow fuse (get me!) in the process. G drove to Lee Sanitation & spent £229 on a self pump out - only to find there was nothing wrong with our system - it was the boatyards. Daisy has had a couple of good hunting days in the sun without any swimming, so all is well on planet Daisy. Has that covered everything? Oh no, we still have £240 worth of shower mod in the saloon - well you can't have it all!
Whilst other folks were watching Rugby on Saturday, I walked into Little Bourton to get a loaf of bread from the, "Stores at the garage" according to Nicholsons. Been closed for years; this is going to happen more and more. Gorgeous day for a walk though, so took the long route home; it's a really pretty village & it does have a pub called The Plough which the guide doesn't mention - at time of going to press; curry night Weds, fish & chips Fridays.
Posted by Unknown at 18:02