Our moorings from the bridge at Berkhamsted 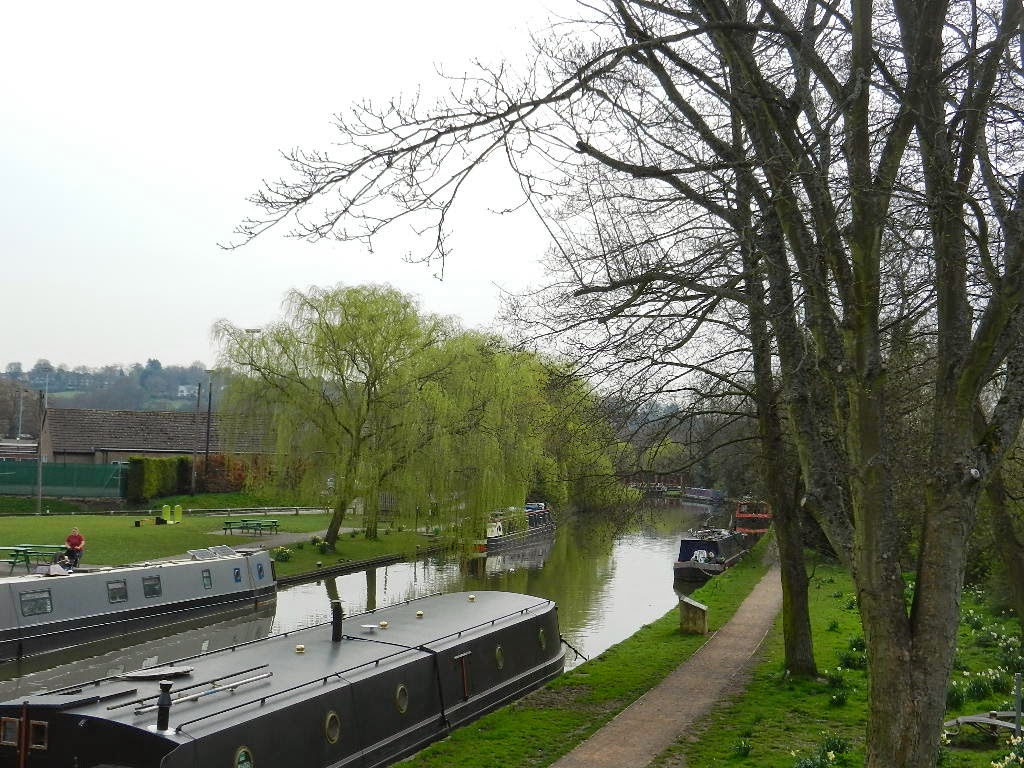 I love this Gothic house with it's 3 door boathouse attached 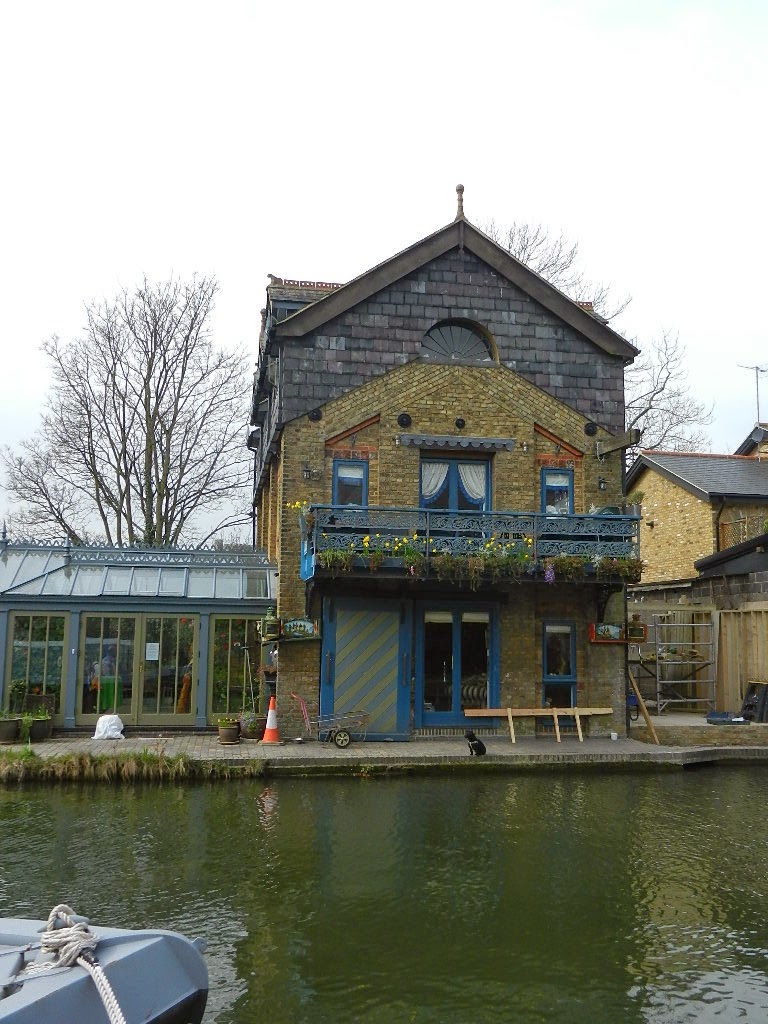 Those 11 locks were seriously hard work; big heavy doubles all against us due to a requirement to leave a bottom paddle up on the majority - made worse by some louts that went down before us who left both paddles up and both gates open on all of them. It would, of course, have made going up the flight easy but we've never been up this section - just down twice 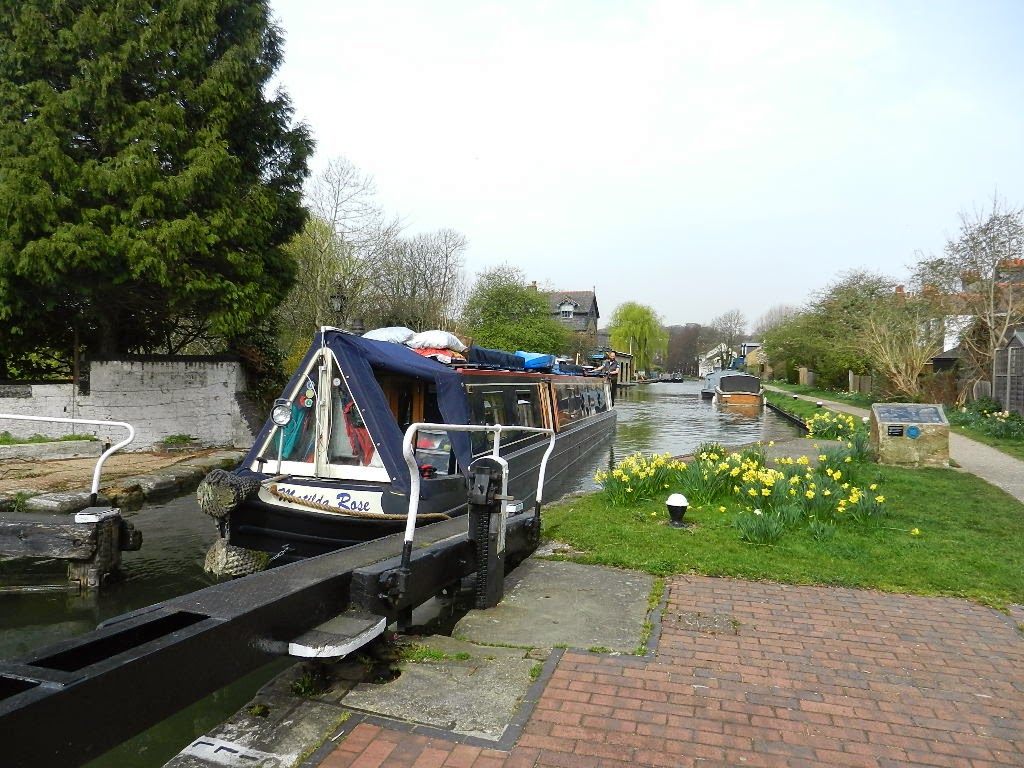 This little semi-detached lock keepers cottage is up for sale - a cinch at offers over £700,000 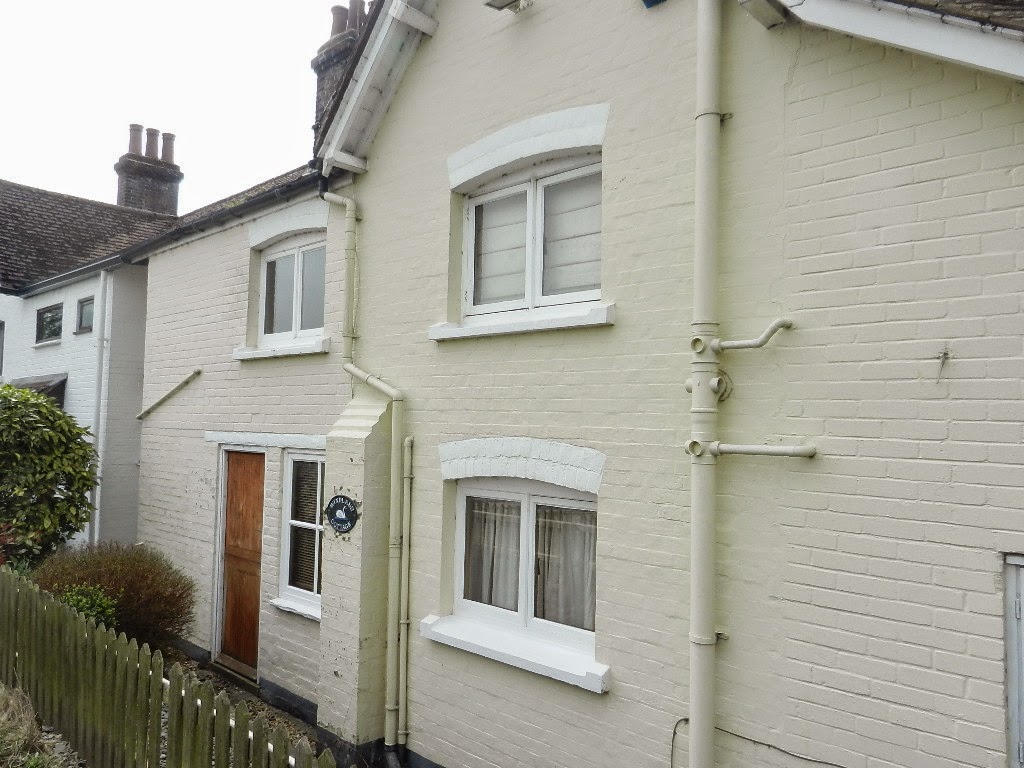 The Three Horseshoes by Winkwell swing bridge. Quite a lot of people sat outside enjoying the sunshine but everytime the bridge is operated it makes that awful bleeping warning noise - it would have driven me insane. 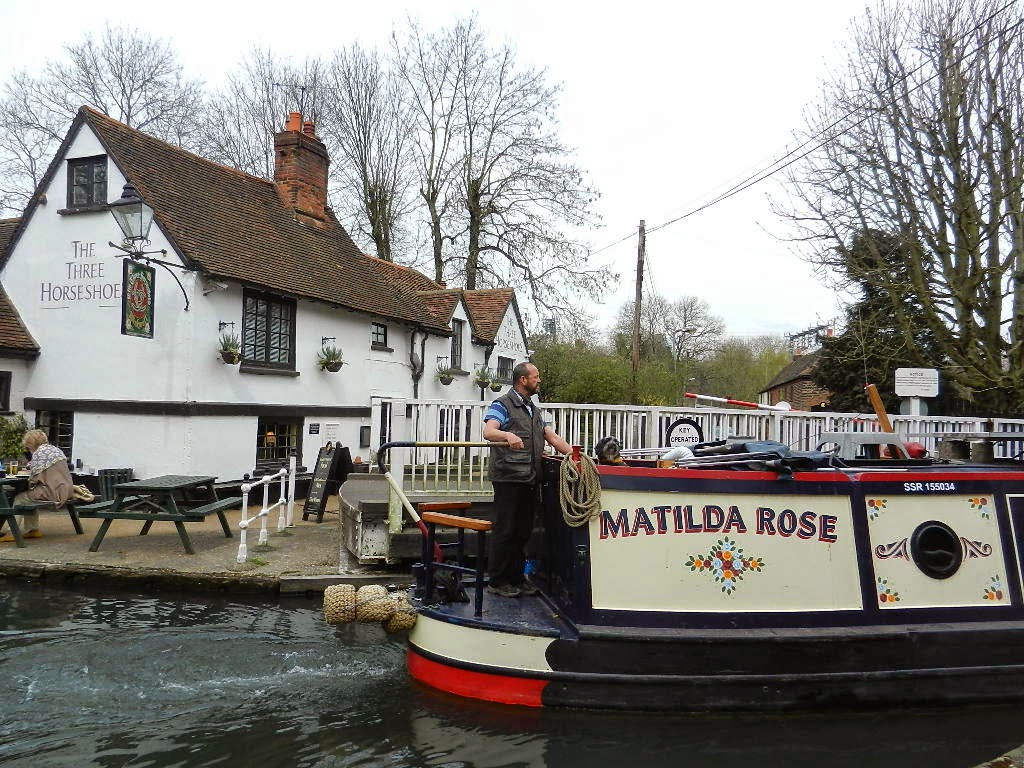 The Fisheries Inn is under even more scaffolding than last time we were through this way - I must have whacked it harder than I thought when  I 'lost' MR in the wind on my handling test! 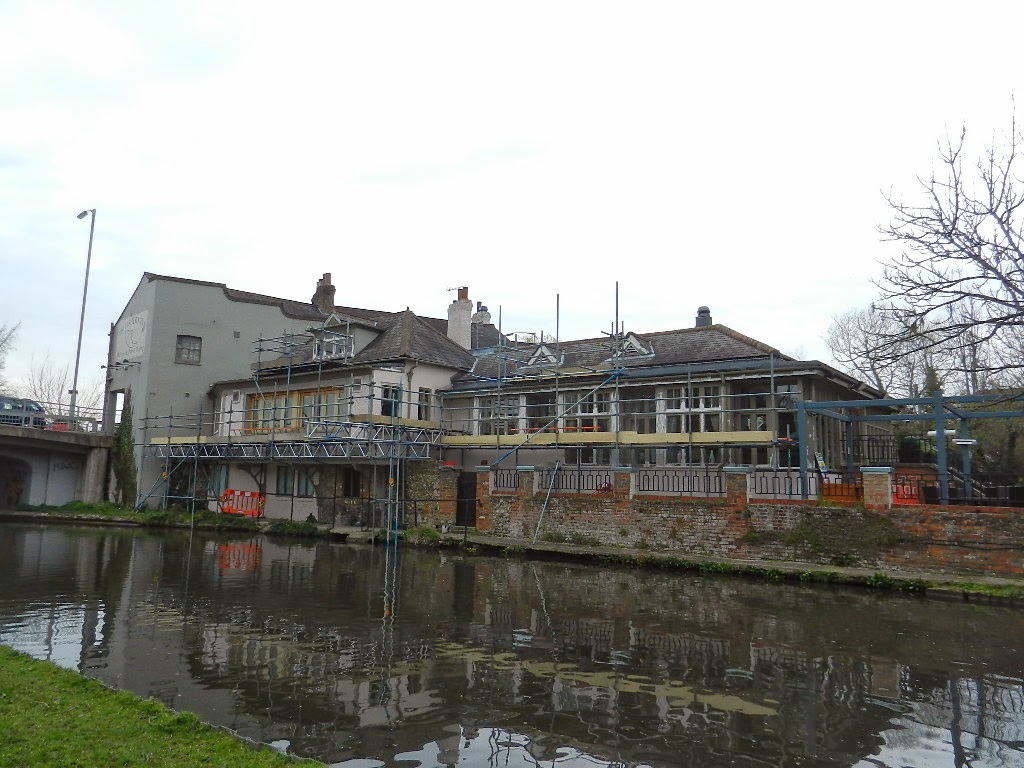 The boys enjoyed a well earned paddle in the River Bulbourne 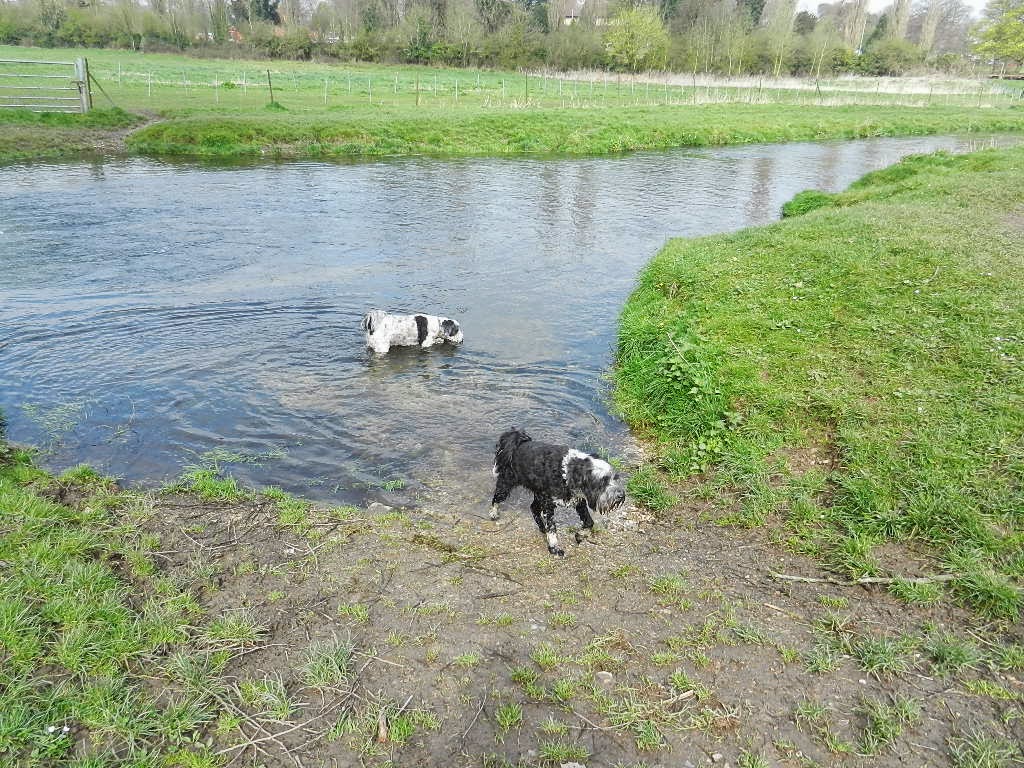 A massive amount of wood available just when we can't use it - everything has to come off the roof and be stowed inside the boat. The recent strong winds really tore through this patch up-rooting multiples of trees - five on their side here; felled in one go. 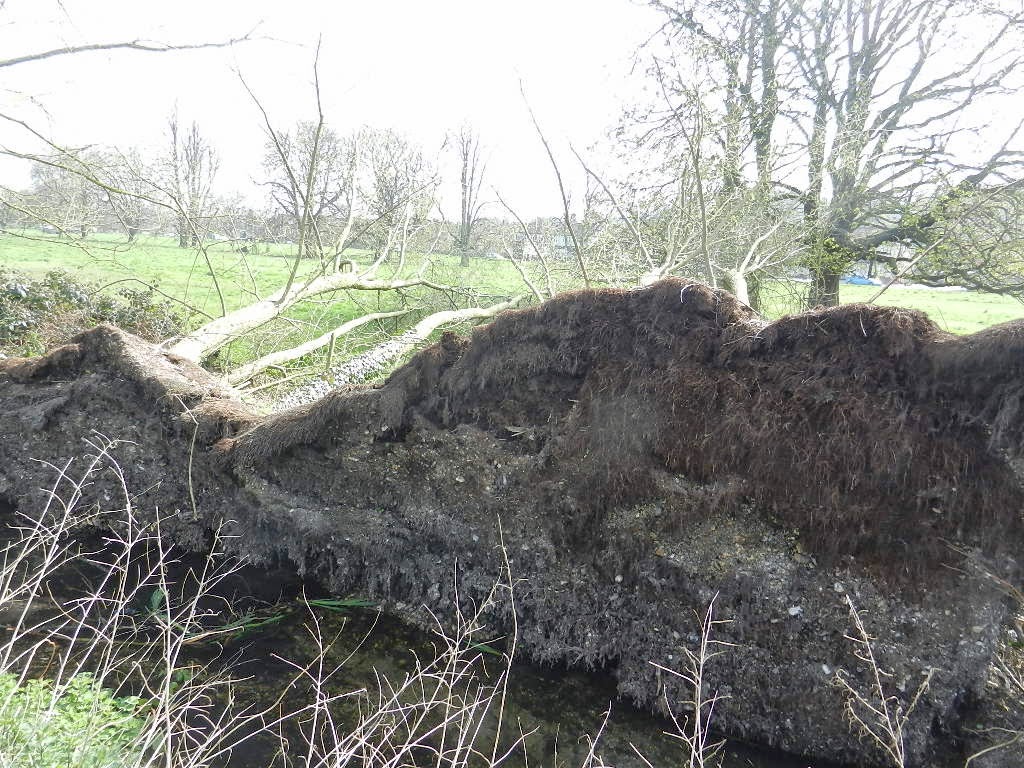 Then the dogs collapsed whilst we hoovered and cleaned round them - G's cousin Steve coming to supper on Tuesday and doing a shuffle to help recover our car which had been left at his house - when you're in such close proximity with local London commuter stations, finding somewhere to leave the car isn't easy. 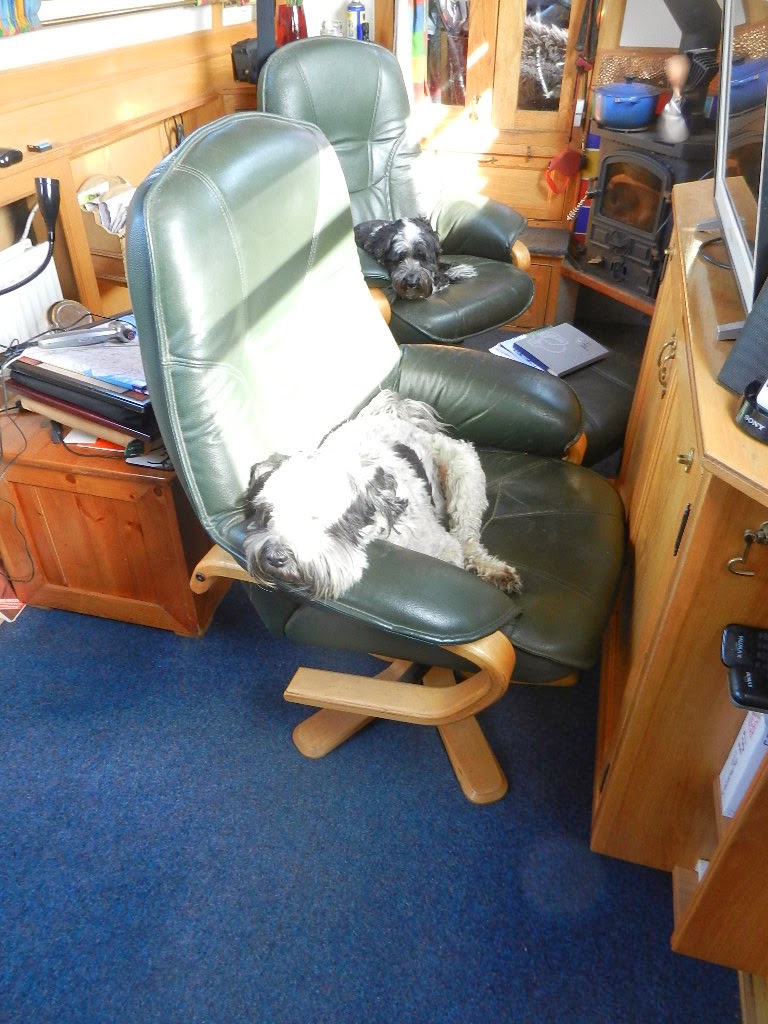 Our plans for dog sitters didn't work out, so I stayed at the boat whilst G and his daughter attended Brian's funeral near Brize Norton on Wednesday and John's in Bournemouth, with his mum and a sister, on Thursday. Not the best of weeks.

A bit of a chill-out day today to get our heads back, sort out some paperwork and move the car on a bit to a place I'd found yesterday before walking back with the dogs and stopping for an excellent lunch at the dog friendly Steam Coach across the park from Bridge 150. Moving on in the morning.
Posted by Unknown at 22:05