All back to normal

Monday night we had a bite in the Jenyns as we were moored on that side for once - we don't normally moor on that side as we have to keep Daisy in due to the proximity of the little road - the depleted water levels dictated our staying overnight. We left on Tuesday morning in bright sunshine, but it was quite chilly, and the water levels were back up. 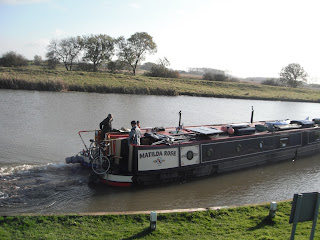 I say 'we' left but, in fact, they left. Both boats strapped together again so that, this time, Lesley could play trolly dolly for both boats. With a cheery wave they disappeared into the sunsetshine much to the amusement  of the local residents who wanted to know if we'd had a row, broken down, etc etc. Plenty of time to catch up on the local gossip as I was on car moving duty - a journey of about 20 minutes as against the boats' journey of about 2 hours. 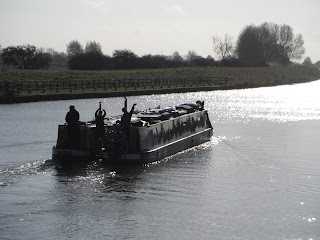 I love this old house but am extremely curious about the single solar panel on a place of this size. Maybe it runs the heated towel rail in the au pair's bathroom, or perhaps the toaster in the gardener's shed. 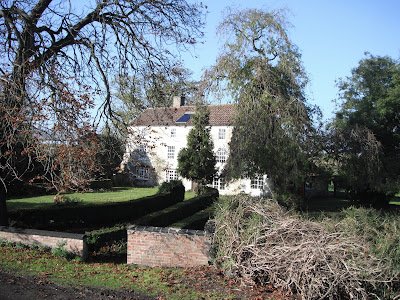 After catching up on the gossip about the "mass eviction" at Popes Corner, I trundled off to give the dogs a good walk as we were heading off to the EA moorings at the Ship Inn and the dog walking there is rubbish 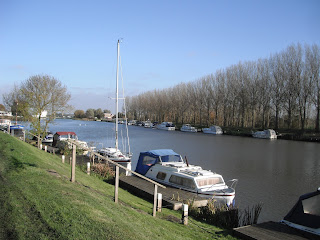 We had a lovely walk along the Relief Chanel but, unfortunately, couldn't complete the circular walk back along the Ouse as the use of the last little bit of path has been withdrawn - this has been a permissive path for the last 10 years but 'permission' has been withdrawn this last September. I' would love to know why 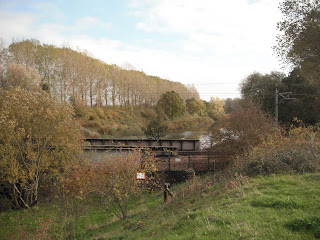 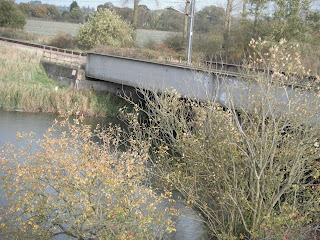 The big sluices on the Relief Chanel separating the non- navigable from the bit that's navigable to Downham Market. Thinking I would have loads of time to kill I extended the walk and the boats were already moored by the time I reached them. We then went and had a pint with the new owners - it would have been rude not to. 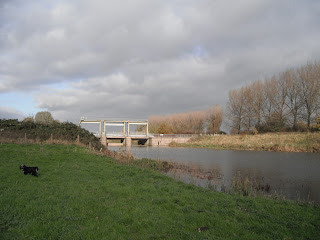 The day ended with a magnificent sky 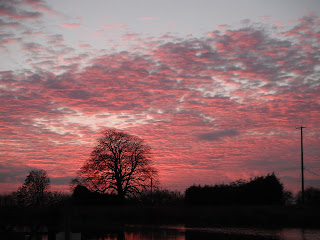 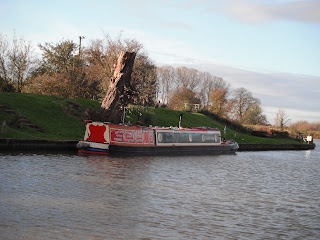 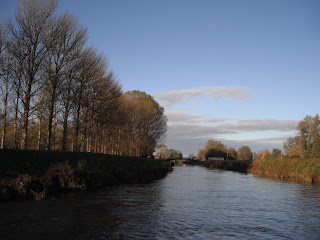 A beautiful morning for a cruise before picking up the car (me) and picking up Yarwood (G) and moving on to Littleport. I seem to be doing a car cruise at the moment. 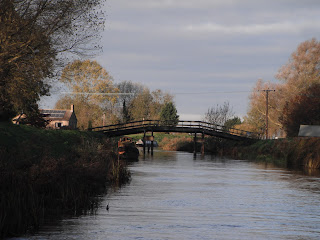